is proud
to be part of the Portage Park neighborhood of Chicago for over 50 years. 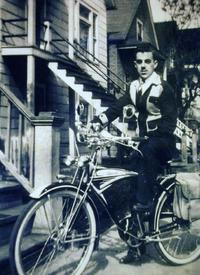 t opened the store in 1937. At that time Rudy Sr. and his brother Paul were working at the Schwinn Bicycle Co. Rudy Sr. was a mechanic, hoping one day he would have his own shop. After serving 4 years in the Army in WWII, Rudy Sr. married Myrtle, a Wisconsin girl, and had 5 kids. He heard that Lundin was retiring and selling the store so he purchased the store in 1961. He changed the name to Rudy's Schwinn Cyclery. At first Rudy Sr. and his family lived behind the store with all 5 kids sharing the one bedroom and Rudy and his wife sleeping on the pull-out couch. Later with the expansion of the business the name was changed to Rudy's Cycle and Fitness.

Rudy Jr. worked with his Dad since he was a kid. Rudy Jr. was and still is an avid bike rider, using his bike for recreation, transportation to work and bicycling vacations. He also belongs to the Elmhurst Bike Club  and Evanston Bike Club, riding with them as often as he can with his busy schedule. Rudy Jr. worked with his Dad until 1984 when Rudy Sr. retired. Rudy Jr. took over the business and has managed the store ever since. Rudy's Cycle & Fitness has always been run with the philosophy "IT'S ALL ABOUT THE CUSTOMER". Rudy and his employees listen to their customers, ask questions and help them find the right bicycle for their needs. Rudy's customer satisfaction is proven by the great reviews the store has on the internet. Rudy's Cycle also knows that time is important -- so they do the research for their customers by checking product reviews and forums on the internet, using bikes and accessories themselves, and belonging to cycling clubs to stay up to date with the latest and best products. Rudy's carries a full array of bicycles from proven brands like Giant, Schwinn, GT,   Montague, Golden Cycle, Prime, Throne and Sun and accessories from companies like Topeak,  Shimano, Sram, Cyclops, Saris, Hollywood, SKS, Kryptonite, Serfas, Trail-A-Bike and many more.

The retail location has been expanded three times since 1961 and, even though it looks small from the front, it has 6500 square feet of space. It is considered a family and recreational store, but does cater to all aspects of the bike industry. Rudy's head mechanic, Bill, oversees the repair end of the business. He has been with the store for over 30 years and along with Aaron 10 plus years they have the experience and knowhow to handle all types of bike repair and maintance. They accurately assess your adjustment and repair needs making sure that your service is done quickly and efficiently. 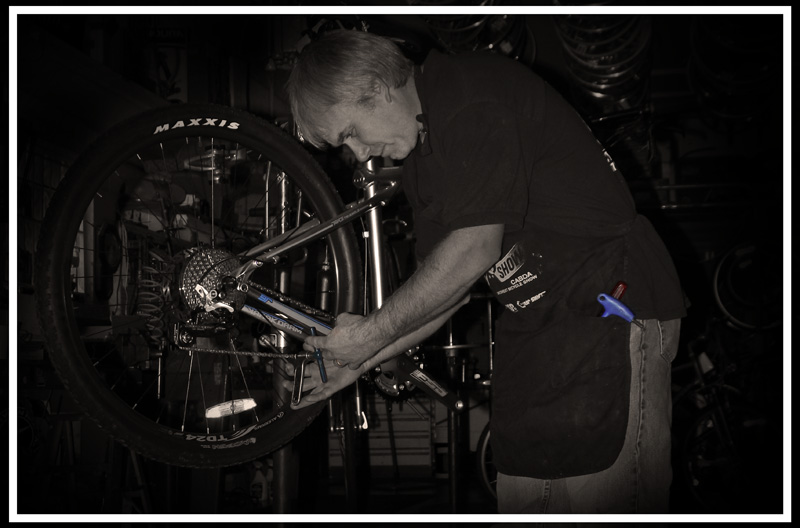 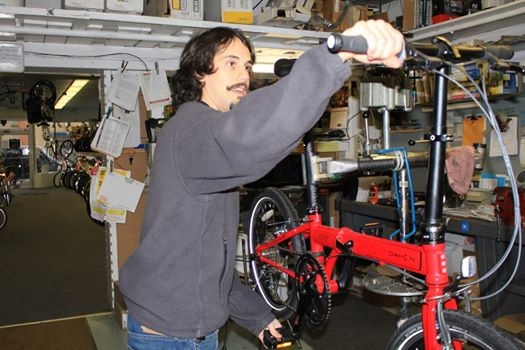 Rudy Jr. enjoys running the store and has been  an active member of the Portage Park community. He has been a director with the Portage Park Chamber of Commerce, on the District Advisory Council for the 16th District Police, and had been a commissioner for the 6 Corners shopping area, as well as a member of Active Transportation Alliance, NBDA, CABDA, CAMBr, Bikes Belong, and LAW. Rudy's has also participated in Chicago's Bike to Work Events, the MS Ride, Bike 45, Scouting Merit Badges and works with Eli's Cheese Cake Factory and Wright College to coordinate their annual Father's Day Bike Ride.

So if experience and friendly service is what you want, Rudy's Cycle & Fitness is a great store to find just that... plus a whole lot of exciting bicycle and fitness products!